A conveyor breakdown can often involve huge costs, both in terms of repairs as well as lost productivity. When belts have to be replaced because of accidental damage then the financial implications can be disastrous. Although the majority of conveyor breakdowns can be avoided by using good quality belting and regular maintenance, accidents do still happen, usually at a frightening speed. A trapped rock or foreign object, even something as seemingly harmless as a wooden broom, can rip even the toughest steelcord belt from end to end in no time at all. Incorporating ripstop breaker plies will reduce the risk. However, Dunlop’s Rip Ranger ‘incident alert’ technology will significantly reduce the extent (and cost) of the damage by switching off the conveyor as soon as a rip is detected.

Rip Ranger works by using detection loops that are embedded at predetermined intervals in the belt during the manufacturing process. Rip Ranger detects and defines the number of loops and creates its own image in real time. This is achieved by sending electromagnetic signals at regular intervals from a transmitter to a receiver. These are positioned opposite each other on either side of the belt, usually behind the loading position. This provides protection at a point where there is the highest risk of damage. Additional transmitters can be fitted such as in the return at the head for example, which is another location where trapped objects are prone to cause rip damage. An encoder is also installed to measure loop spacing and collect speed data.

Detailed information can be seen in real time including loop position, loop status and the last ten status changes of each loop. Accessing and monitoring the system is simple, either locally via its 305mm
TFT screen, 5 shortcut buttons, mousepad, and a virtual keypad or remotely via TCP/IP or other bus standards. Additional features include accurate belt speed, real-time graphics, forward and reverse capability, local and remote password protection as well as a system log of the last 10,000 system changes.

When a signal is not received by the receiver because it has been interrupted (caused by a damaged detection loop for example) then the conveyor is immediately shut down in order to keep damage to a minimum. Having multiple detection locations is especially advisable on particularly long individual conveyor belts in order to provide the earliest possible warning. The simple equation is that the faster the conveyor belt is stopped then the shorter the length of longitudinal rip damage will be.

Rip Ranger can be interfaced with the Dunlop rEscan 24/7 belt condition monitoring system to work in tandem to provide both rip detection as well as continuous monitoring of the overall condition
of the belt including the all-important splice joints. 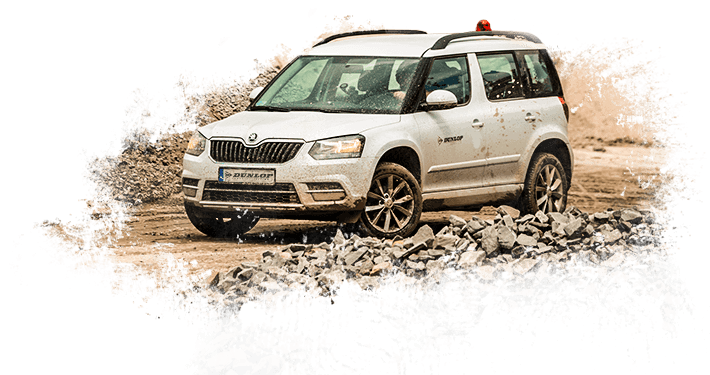 For the very best belt splicing, fitting and maintenance services