Although not an actual cover grade in its own right, in environments where dust created by the conveying of coal, grain, biomass, fertilizer or other potentially combustible elements is present, the anti-static (electrostatic dischargeability) properties of a conveyor belt are a major safety consideration. Strict conformity to Directive 2014/34/EU (also known as ‘ATEX 95’ or ‘the ATEX Equipment Directive’) is applicable to potentially explosive atmospheres of zones 20, 21 and 22 where combustible dust is present. Despite the claims of some manufacturers, not all rubber belts are sufficiently anti-static. However, a major advantage of Dunlop “Made in Holland” belts is that they are all anti-static (ATEX 2014/34/EU) according to EN/ISO 284 international test methods. This means that they can be used in ATEX classified areas. Please be aware that ATEX risk assessments may require additional safety measures.

The ATEX standard is designed to help prevent dust or gas explosions in industrial environments, including conveyor systems carrying cargo such as coal, grain, and fertilizers. Health and safety experts determine if there are areas or ‘zones’ in industrial locations where there may be a risk of explosions. These are then classified depending on the severity of the risk. As a result, all equipment installed in these zones is legally required to comply with international ATEX safety standards. Conveyor belts must be conductive and therefore comply with the EN/ISO 284 international standard for electrostatic properties. EN/ISO 284 demands that the surface of the belt must be electro-statically dischargeable to enable the belt to conduct an electrical load. When the conveyor complies with the ATEX requirements the conveyor components will conduct the electrical load to earth via the metal framework of the conveyor. This prevents sparks that could cause an explosion.

The ISO 284 test is intended to ensure that the belt is sufficiently conductive to avoid the accumulation of electrical static charge which can be developed during its service use. The principle of the test is that the electric current of specified voltage is passed via electrodes through a suitably prepared test piece taken from the belt. The test prescribes the use of a contact agent (fluid) to ensure proper contact between the electrodes and the belt surface. The electrical resistance of the conveyor belt, when tested in accordance with this method, should not exceed the maximum resistance value of 300 MΩ.

Belts that may have fabric surfaces that are not covered by rubber such as slider belts and those for certain applications such as sawmills, for example, require even greater consideration than conventional belting. As previously explained, the ISO 284 test allows for the use of a contact fluid on the belt surface. However, when the test is carried out on the fabric (slider) surface, the fluid is partly absorbed by the fabric, which lowers the resistance of the fabric. For most applications, this degree of humidity is highly unlikely to occur so in the majority of cases the measured resistance according to the standard does not reflect normal operating conditions. This means that even though Dunlop Saw Mill and Slider belts fulfill the test criterion of the EN/ISO 284 standard on both belt sides, in an ATEX environment it will be necessary to enable the electrostatic charge on the belt to be conducted to earth via the rubber cover. Dunlop Saw Mill and Slider belts that have a rubber top cover have sufficient conductibility properties through the belt (tested according to EN 1637). This means that any electrostatic charge within the belt can be led to earth provided that the cover is connected to the earth.

IMPORTANT SAFETY ADVICE: Belts that have no rubber cover on either side (double-sided slider belts) will not be sufficiently conductive to meet the EN/ISO 284 standard in dry conditions and therefore should not be used in ATEX classified zones.

Article about the risk of an explosion while handling the biomass.

or Look for another document

Article about the risk of an explosion while handling the biomass. 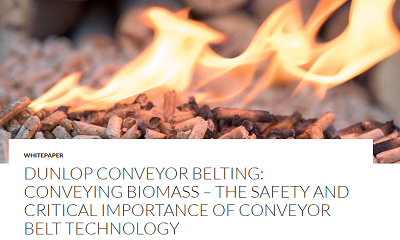 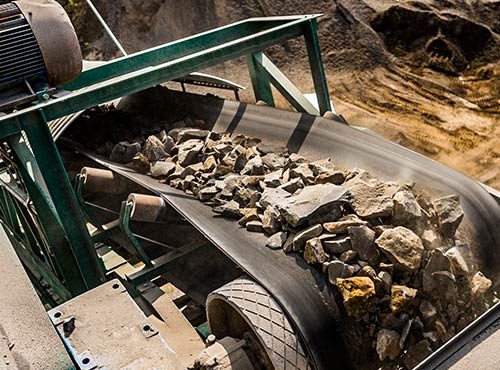 In some applications, especially primary and secondary crushers, even the strongest and heaviest conventional belts can be ripped or torn by large lumps of heavy, sharp objects, either falling from a height or becoming trapped. In extreme cases, belts can be destroyed within a matter of weeks or months. 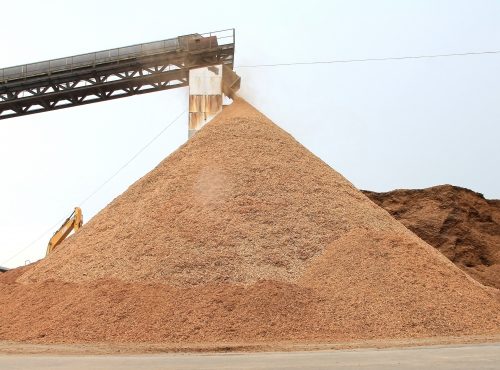