The following guide is intended to clarify classifications and standards relating to conveyor belts that are for general purpose use.

Unlike conveyors operating below ground, establishing the correct level or standard of fire resistance needed for conveyors operating in the open air is relatively straightforward. EN 12882 is the standard for safety requirements for conveyor belts for general-purpose use. The most basic safety requirement is EN 12882 Category 1, which simply demands that the belt is anti-static and conforms to EN ISO 284 international standards, which is also the primary demand for use in specific ATEX 95 (94/9/EC Directive) classified zones. This is especially important in environments where potentially combustible materials are involved such as coal, grain and biomass for example, it is essential that the conveyor belt cannot create static electricity that could ignite the atmosphere. Belts need to allow static electricity to pass through the metal frame of the conveyor structure down to earth rather than allow the static to build up.

The best way to decide between Class 2A and Class 2B is to consider the material being carried. For moderately abrasive materials, such as grain for example, then Class 2A is usually perfectly adequate. However, if the material is abrasive and tends to wear the top cover quite rapidly then the safest option is to choose Class 2B.

Fire resistant Classes 3A and 3B are identical to 2A and 2B but have a drum friction test added. They are appropriate when blocked/seized drums and drive pulleys are a potential hazard and there is no safety system in place to detect belt slippage or identify that rotation has stopped. Class 4A is usually the best choice for conveyors operating above ground in closed or covered conditions and involves a more severe fire test (EN12881-1 method A, C or D). 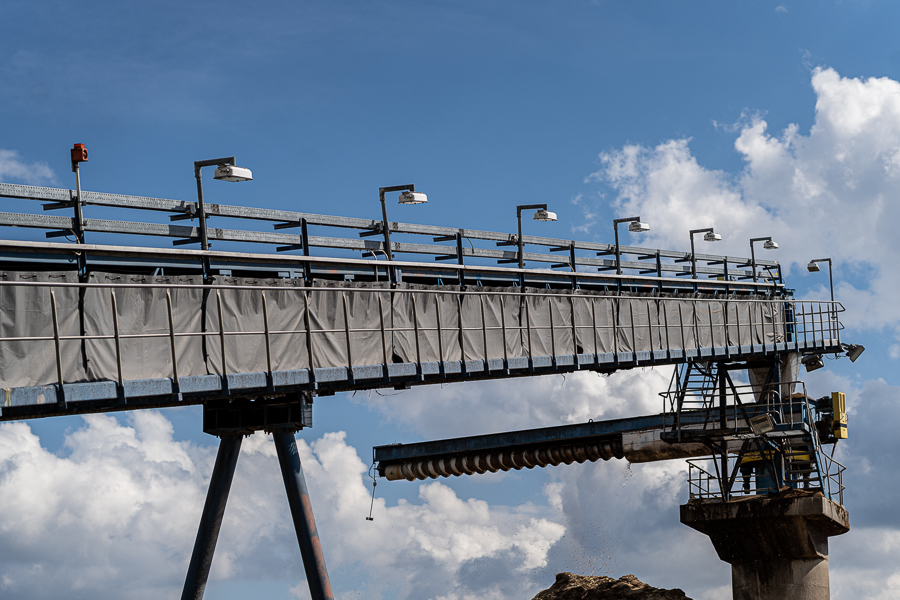